You are here: Home / Archives for NEW MARINA LISTINGS 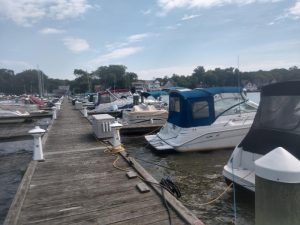 Elkton, MD PRICE: $999,000 Charming, mom & pop operation with a loyal customer base in a quaint environment. This marina offers 72 wet slips for vessels to 35 feet. They have a small ramp, offer a swimming pool and picnic/BBQ area for slip holders, as well as restrooms and showers. The offering includes two separate residences (one currently leased). There is also a service tenant providing limited marine services. This could easily be run as a 100% absentee owner business. Tremendous upside as the slip occupancy is at 64%.   CITY: Elkton STATE: MD TERMS: Cash WET SLIPS: 72 PRICE: $999,000 MAXIMUM BOAT SIZES: 35 feet OCCUPANCY … END_OF_DOCUMENT_TOKEN_TO_BE_REPLACED 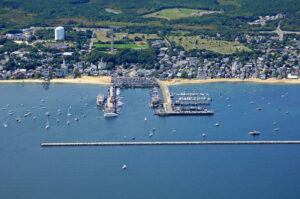 Long Point Marina is cornerstone property located on MacMillan Wharf, which is Provincetown’s sole commercial pier where an estimated 73,000-130,000* ferry boat passengers arrive each year from Boston and Plymouth and another 80,000-300,000* passengers depart on one of several whale watch vessels that are docked alongside the pier. Long Point Marina located at 16 MacMillan Wharf is situated in the heart of tourist activity that generates $200* million of revenue to the community each year. The waterfront is the central attraction for visitors, estimated to number ~60,000* per day in the downtown area during the summer peak. Even more tourists and locals frequent Provincetown’s beaches where … END_OF_DOCUMENT_TOKEN_TO_BE_REPLACED